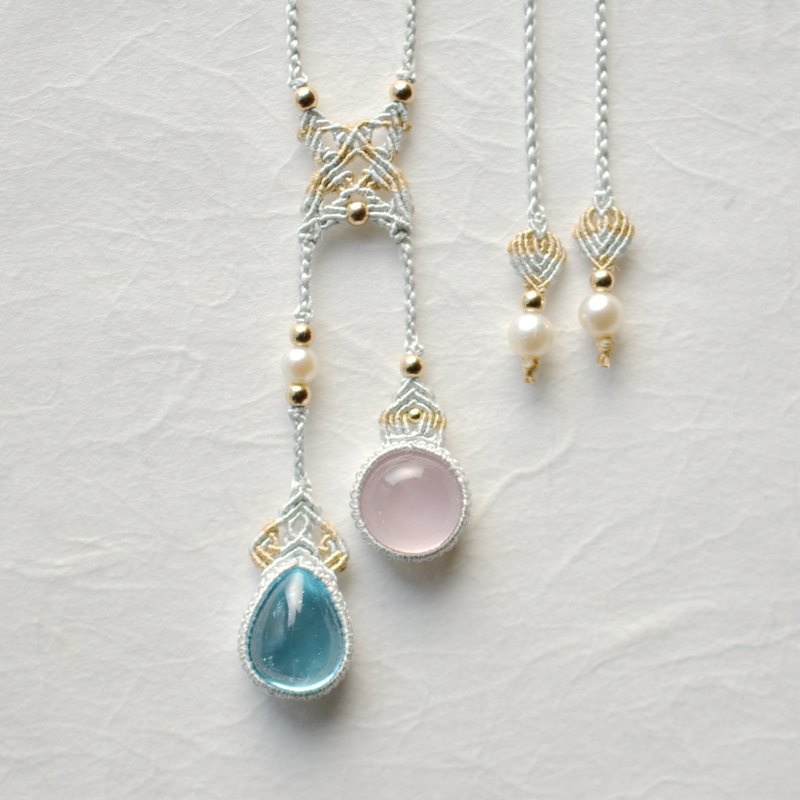 Freshly gathered up the blue topaz with fresh transparent feeling and the rose quartz with gentle pink color gently and gently. ■ Rose Quartz Rose quartz with a history going back to 7000 BC has been used as a strong amulet since ancient times. It is believed to be a stone that can prevent aging and is still popular as a symbol of love. ■ Topaz Topaz with many color variations has high hardness and has long been popular as jewelry since ancient times. The origin of the etymology is Topazos meaning "seeking" in Greek, there are various theories such as Tapas meaning "fire" in Sanskrit. Natural Stone: Blue Topaz · Rose Quartz Decoration: Akoya pearl - 14 kgf Silk thread: white magnetic (hatsuki) · T-shirt (shojiji) Adjustment: Quartz (slide adjustable)