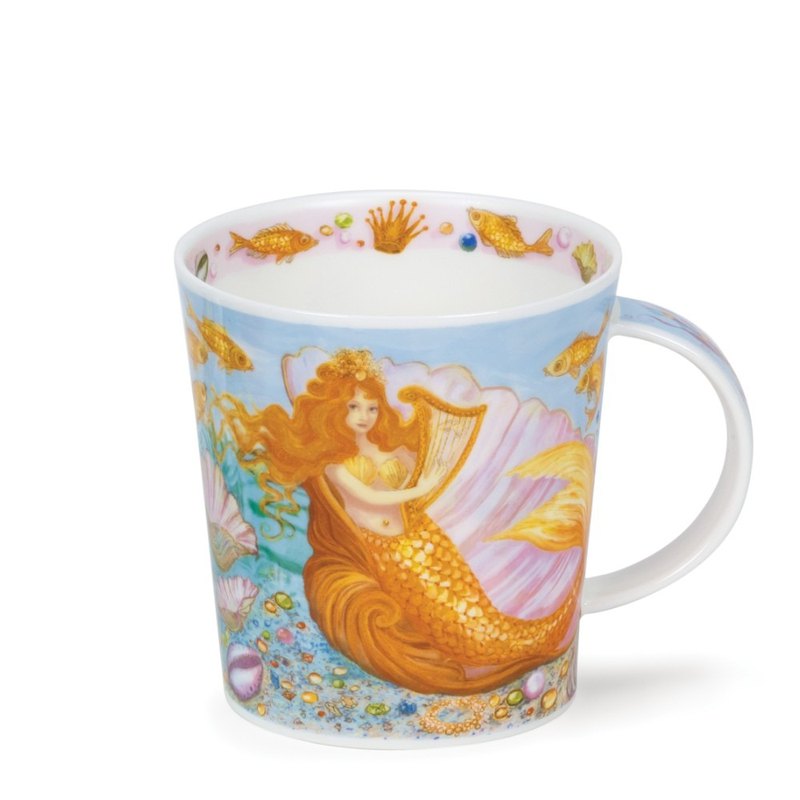 Let's follow the Dunoon fairy tale mug into a fairy tale world full of fantasy and mystery. Designer Patricia MacCarthy recreates the story of the little mermaid we are familiar with in the mug. The tail of the little mermaid sitting on the shell in the mug shines golden light, watching her carefree fiddle with the harp, let us seem to be quiet A dreamy underwater world story. For both young and old, this mug will be a gift full of magical power for people who like fairy tales. **Designer Patricia MacCarthy Patricia Mackay** Patricia graduated from Brighton Art College, a well-known British Brighton University of the Arts, and became a children's book illustrator. He is also a writer and works on illustrations such as greeting cards, postcards and private orders.