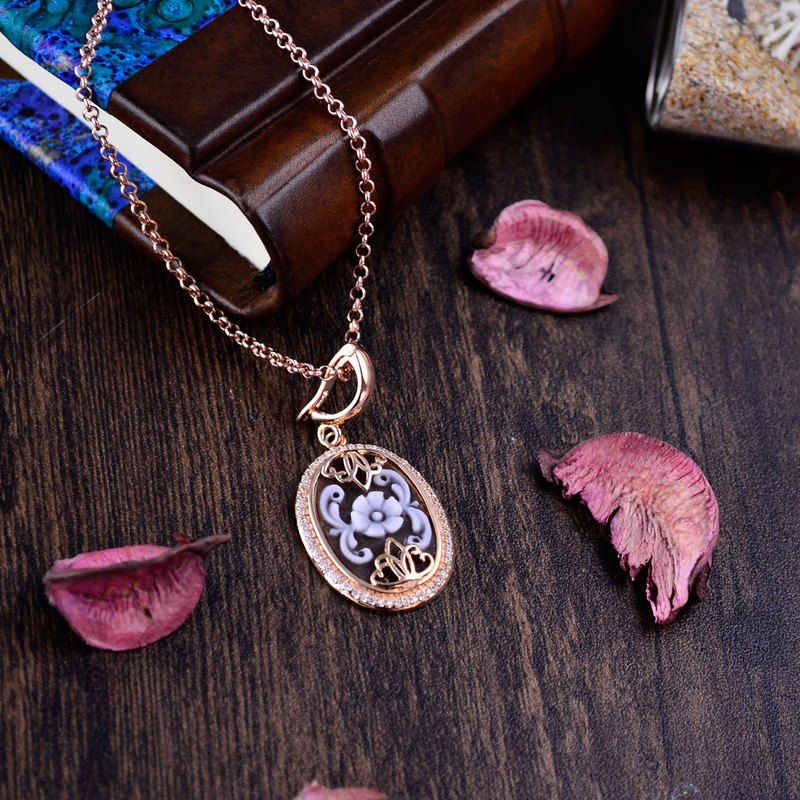 /About Cameo Italiano/ A long time ago, a romantic love story was born in the Gulf of Naples in Italy. A passionate man hand-carved a statue of his beloved woman with the shells in the sea, symbolizing the extraordinary beauty of the woman and their love memories. Presenting love for women, with his life. In 1957, the Michele di Luca family made the shell carving process, which symbolizes romantic love, widely handed down. Therefore, the long-term shells of the sea were used to create the top handicrafts, which were also collected by collectors all over the world. In 2012, the Michele di Luca family founded the fashion brand Cameo Italiano, the first to perfectly interpret the shell carving crafts light jewelry in the form of a brand. Taking the shell named Emperor Snail as the creative element, after cutting the emperor snail shell, the drawing and engraving are created in a purely manual way, with the European wind romantic and classic totem as the design main axis, forming different forms. The series has already had 500 sales and service points in Italy in just two years after its listing, and it has been highly praised by fans who love European style handmade jewelry. In 2014, the Michele di Luca family began to lay out the global market, hoping to share the beautiful love story from the Gulf of Naples in Italy to consumers who love European design style. /About goods / Material: Italian Emperor Snail Shell / 925 Sterling Silver + Rose Gold Plated Origin: Italy Handmade / All Hand Made in Italy Size: ring face shell 21mm Packing: Italy original box / silver cloth Origin / manufacturing methods Italian handmade