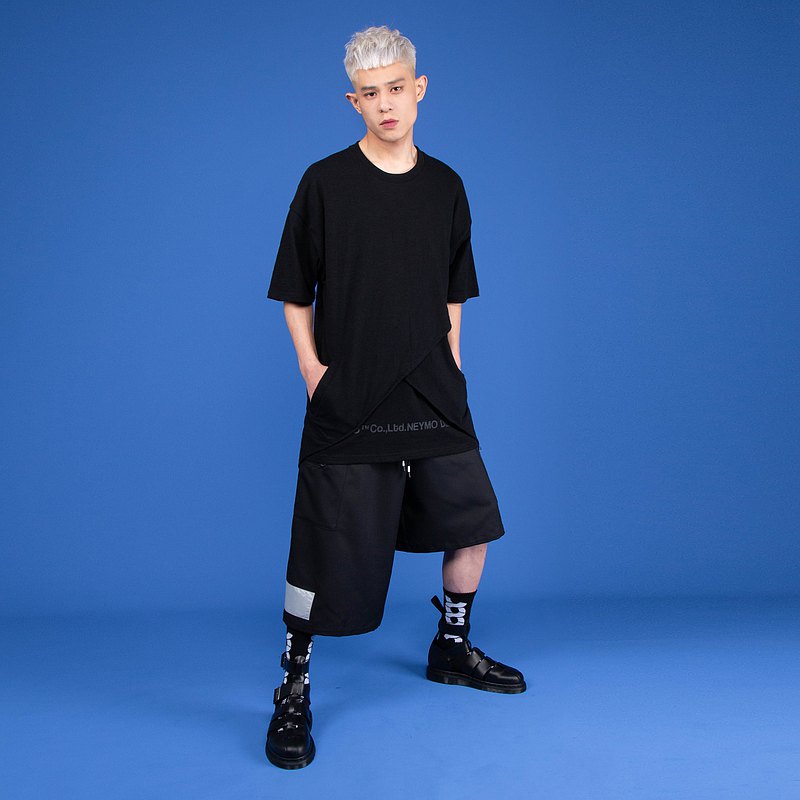 Style analysis: MIXDO-M21-THE”Y” T This paragraph is a special tailored T-shirt with 3-piece stitching on the front. Present the visual as a lowercase inverted y form. Design source: MIXDO’s logo is a double helix pattern of a gene, In this paragraph, we use the sex chromosomes in genes as the beginning of the design, The number of chromosomes, human beings are 22 pairs plus 2, of which 22 pairs are somatic chromosomes, Two are sex chromosomes (X, Y) or (X, X). Human beings are determined by sex chromosomes as male or female. Men have (X, Y) and women have (X, X). This model M21-THE”Y” T, Named after the Y chromosome possessed by men, However, the silhouette of the clothing deliberately uses the long version and the arc curve to create the soft beauty of women. To express the neutral wear of MIXDO.