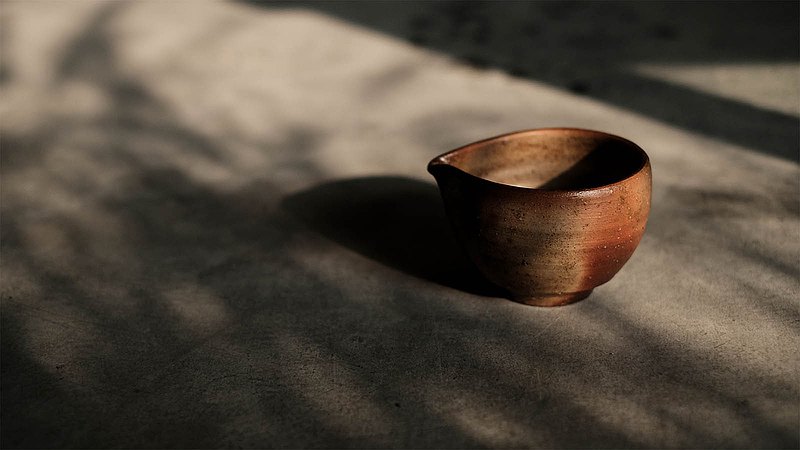 "Bizen-yaki (びぜんやき)" is a general term for pottery produced in the surrounding area of Bizen City, Okayama Prefecture, and one of the six major ancient kilns in Japan. With the rise of the local tea ceremony culture in Japan, since Murata Zhuguang (むらたじゅこう), he has created a tea ceremony culture that advocates simplicity, simplicity and awkwardness (わびさび), to the tea sage Senriku (せんりきゅゅううゅきゅゅう) Under the influence of Chinese culture, the luxurious and splendid style of returning to the local, back to the original and reactionary, simple and unglazed Bizen-yaki, and this kind of leisurely aesthetic that emphasizes dryness and simplicity, just hit it off. It has become the ideal tea ceremony pottery for the tea people of the past generations, Azuchi Momoyama The era (1568~1603) Bizenyaki ushered in its golden age. In the Showa period, through the hands of the local potter Jin Chong Taoyang (かねしげとうよう, 1896~1967, the first human national treasure of Bizen-yaki), the beauty of Bizen-yaki's "surprise" was revived and lifted. One level brings Bizenyaki back to the palace of art. The front part of this piece is the work of Jin Zhonggang, the grandson of Jin Chong Tao Yang.