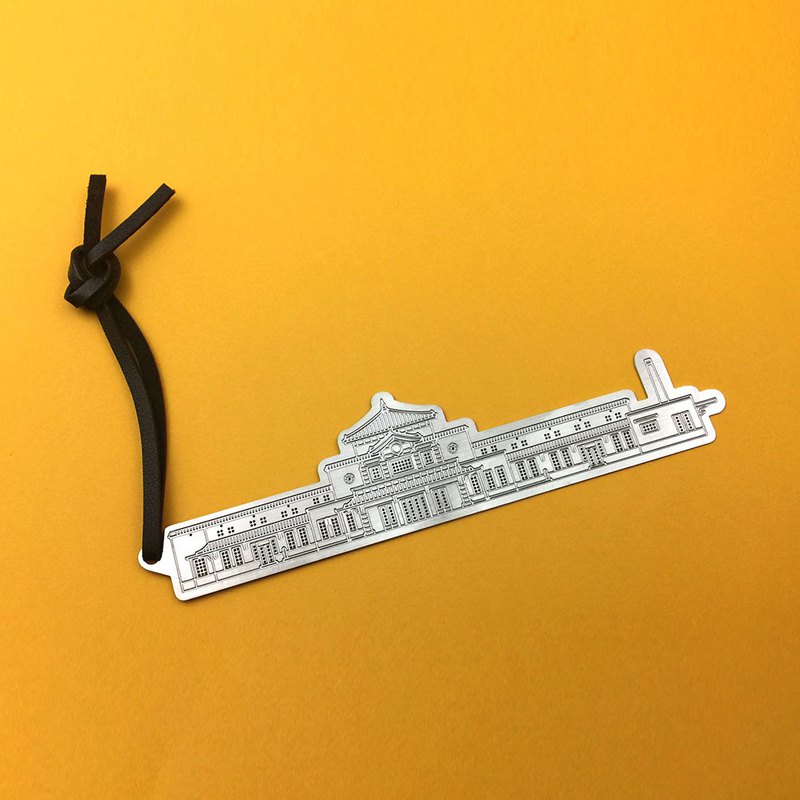 [Taiwan Seven Classic Station Memorial Bookmarks] The giants of the times are constantly moving forward, never staying for anyone. Old classics can only be remembered from books and materials. Although it is in the era of intelligent action, it is convenient and timely. But the good taste can't be touched on the digital content. Following the trajectory of history, returning to the railway station with emotional connections The joys and sorrows of the scenes are always reminiscent of the tastes. The change of the station is also the trajectory of the times. Even with a modern eye, the artistic achievements across history still surpass many contemporary architectures. We transform this touch into life reading. I hope that this move will remain in the huge wheel of history. This time, the seven classic station commemorative bookmarks in Taiwan were launched. There are seven models in Keelung, Taipei, Hsinchu, Taiwan, Chiayi, Chiayi, Tainan and Kaohsiung. Each station is bookmarked with postcards and envelopes, postcards and station history descriptions and hand-painted station maps and poems Envelopes can be mailed to friends. [高雄驿] Kaohsiung was built on June 22 in 1941 (Showa 16) and resembled a "high" character. For the imperial crown building, it has the momentum of the king. Due to the needs of the railway underground project, the Kaohsiung Temple, which was built in the original Japanese era, was moved to the southeast for 80 meters. It is scheduled to be moved back to the original place as a landmark after the completion of the new underground chemical station. The existing station building at Kaohsiung Station is a temporary station opened in 2002, located in Sanmin District, Kaohsiung City. It is the railway station of the Taiwan Railway Administration's Longitudinal Line, Pingtung Line, Kaohsiung Lingang Line and Kaohsiung MRT Red Line. It is the primary transportation hub for the Kaohsiung Metropolitan Area.