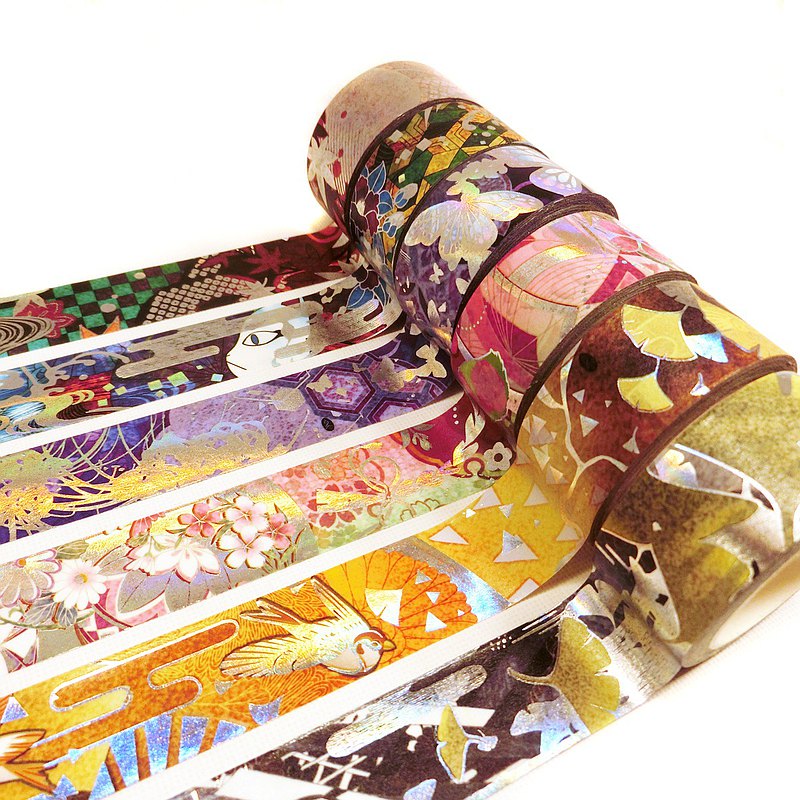 It is basically the impression tape of Demon Slayer Blade, but since there are no original characters, it can be viewed as an original. Although it is said that it is impression paper tape, it is already a bit semi-original, so it took a very fake name (? Japanese paper, 2CM wide, 10M long Laser silver, foil deposit They choose hot laser silver because of the impression of the blade, and I don’t think they feel that they shine like gold...So I personally think that the introverted feeling of laser silver is more suitable~ Why does Shinobu's imprint use Higan flowers instead of wisteria? There are several reasons...for one, I want to express a noble and dangerous atmosphere. Gorgeous and poignant sense of death. In addition, the feeling of the cyan Higan flower is not directly related to Shinobu, but it is actually related to everyone. Secondly, wisteria with butterflies is too common. My previous bronzing paper glue also has the impression of wisteria. The repetition is a bit high. In addition, it can't show the uniqueness of Shinobi, so I chose Higan Flower. Are the impressions of Zeni and Wuichiro repeated? There are repeats on... They all have ginkgo, but because of different impressions, there are still subtle gaps. The same set of materials is not used, and it is repainted.