Word Flower—Literature Magazine No. 83—Under the Surface 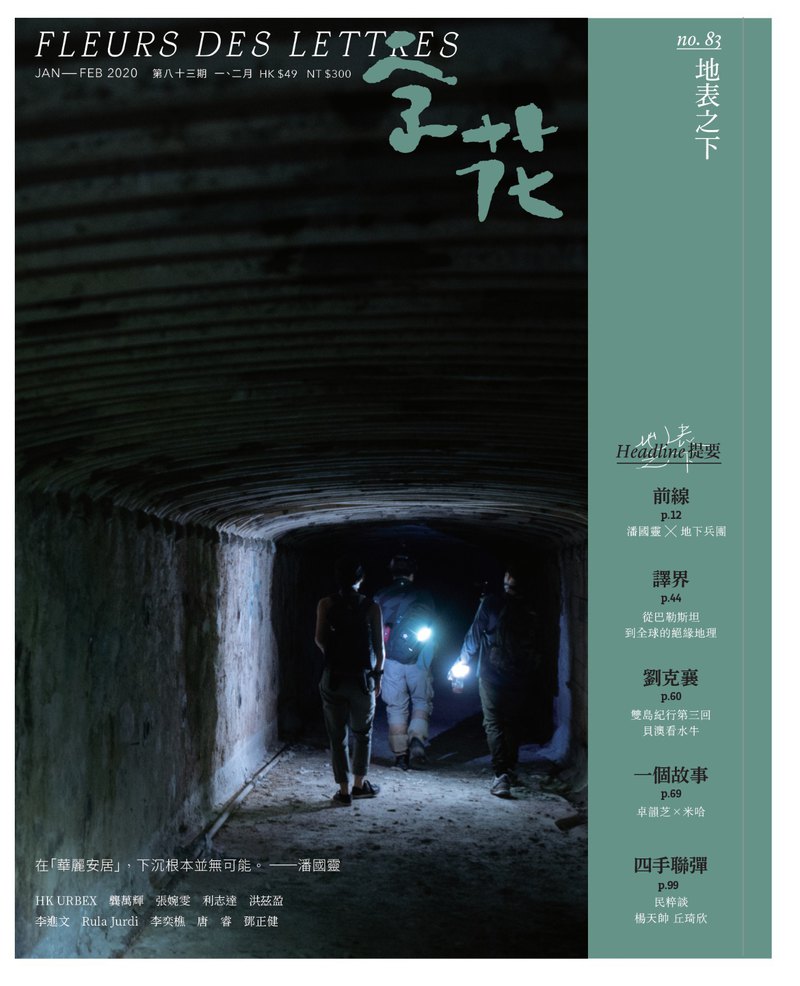 In the third part of "Our City Beyond", is the surface below the surface as imaginary as a state of no one, or is it as bright as the surface? Highlights include: Feature "Under the Surface" • "Frontline" Please go to HK Urbex Urban Expedition and Pan Guoling to wander around the city, talk about the heterotopia of writing exploration and field adventure, sneaking between perception and imagination. • "Translator" is authorized to translate Lula. Hurdi's poem "Coaxial Cable" describing the humanitarian disaster in Palestine, technology that transcends time and space has made the crisis a forgetfulness of the world. • The last CPM commando appears in Gong Wanhui's novel, full of passion that cannot be overwhelmed by the sense of lost time. • "Mantle Travels" invited six "archaeologists" Lin Dongpeng, Li Jinwen, Hong Ziying, Zhang Wanwen, Li Yihuan, Cao Shuying and Li Zhuoyuan to unearth archives of paintings, texts and photography to imagine a future archeology. • Li Zhida used paintings to depict human figures and hearts beneath the surface. • Tang Rui and Deng Zhengjian talked about Marc Odget's Paris subway and "non-local" classics in a book talk, resorted to today's Hong Kong, and rethought Hong Kong's underground stories. • Liu Kexiang went to Pui O for the third time to discuss the relationship between the situation of buffalo and ecological diversity. Column and creation • Liang Lizi's V-shake train arrives at the second station, writing the delicate relationship between resistance and love. • "Four Hands": Four commentators, Yang Tianshuai, Yang Yan, Li Weiting, and Qiu Qixin, talked about populism. • This book review series is hosted by Weide and Cao Yubo: drink a cup of tea and read the observations of things in the text of the column, and read The Zoo on Earth, see the author Deng Guilin dancing in his open heart. • More exciting content: Huang Bing and Kunnan double columns, new books "Moon Phase" and "Glass Brittle", "Yu Jing", "Yu You" and "Mosquitoes and Ants" by Liu Jingcheng, unintentionally launched by department stores Loft Awareness ", local illustrator Onemouthli painted Zhou Mengdie <Good Snow! Pieces do not fall elsewhere> ...... When this place is really surrounded by despair, the senses and mind can adapt to the darkness, and even find a "dim fire." ——Guan Tianlin <Ground Down>