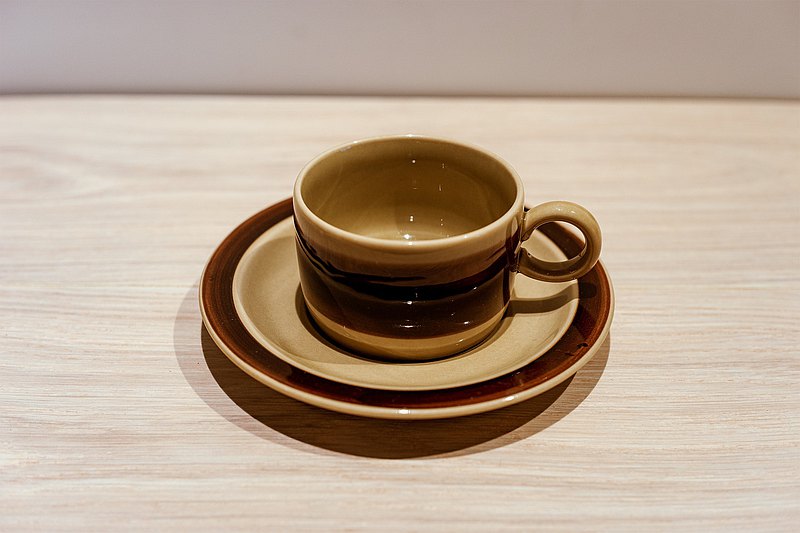 Place of Origin: Germany Year: 1970s Capacity: 190ml Size: cup 8.5cm, height 5.5cm / coffee tray diameter 16cm The cup body and plate body are laid with white tea color, and the cup body and plate edge are painted with hand-painted brown color. The lower edge of the cup body is curved, which makes the cup shape simple and stable but not rigid. The cup handle is a rare round design, which brings a little cuteness. Horst Bentz (Melitta Bentz's son) established Porzellanfabrik Friesland in 1953, and Mellita bought it in 1957 to become a porcelain brand under the company. In 1970, Friesland began to launch the Ceracron series. The density and hardness of porcelain in this series are even higher than normal! The glaze is fired at a high temperature of 1080 degrees. The color gradation and high saturation become great features of the product, and their unique glaze has always been regarded as a commercial secret. After 1982, apart from coffee cups, white porcelain and some glassware, no tableware was produced.