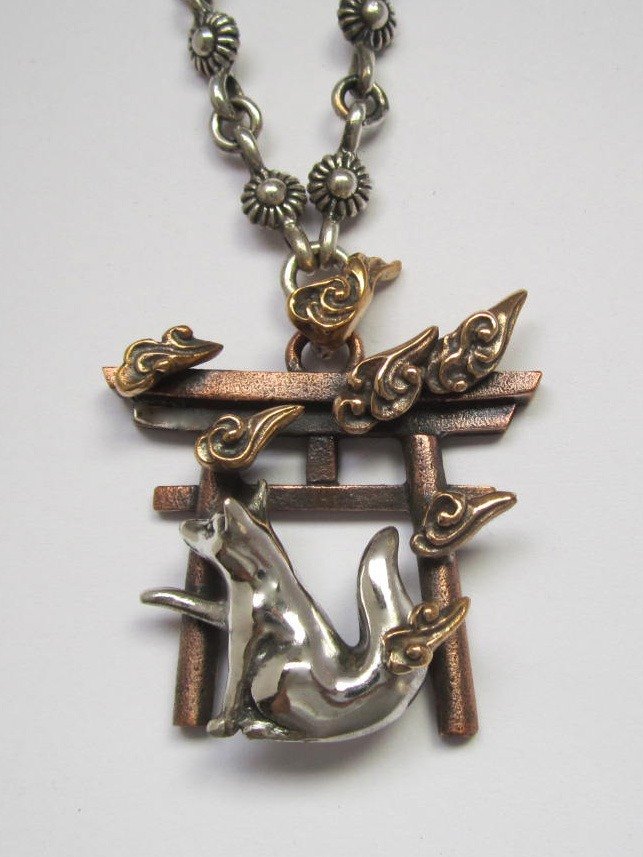 Firefly is a fire where lanterns or torches such as torches appear in a row in a place where there is no fire, they disappear or disappear, the fire once disappears appears in a different place, go for a true identity It is told that it will surely disappear on the way. Its true identity is said to be that the fox's sigh is shining in one story, the fox meeting the tail and causing a fire, the fox called the "firefly ball" of the fox is shining. The Shinto shrine dedicated to the Inari shrine is called Inari shrine, but in the Shinto shrine the red torii and the white foxes of the god angel are widely known as symbols, so the torii is made of copper which is red metal, silver (FIL) is silver (SILVER 925) I expressed the firewood in brass. The size of the torii is 30 mm in length and 36 mm in width. The length of the chain will be 50 cm. Production area / production method Origin / Japan Handmade