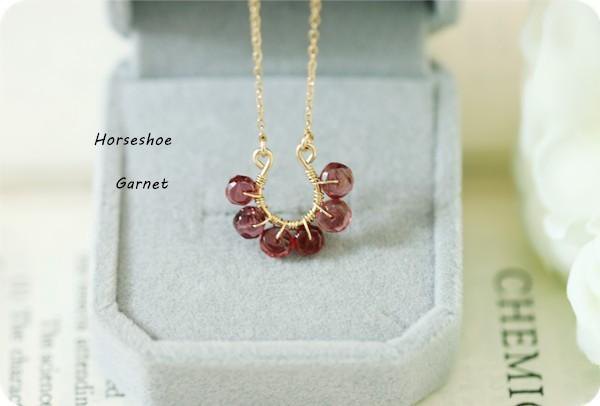 ~~~ Wrapping with ❄ + 250 yen ♪ ~~~ Instagram: ralulushu works videos are also being uploaded Uses garnet with high transparency and very beautiful colors, The hose shoe part is also thick (0.81mm), so it is difficult to deform. It looks great with casual clothes as well as dresses ~~~ ・ Material -All 14KGF -(Bodan cut) Garnet: About 4-4.5mm ・ Size -About 40cm (Specify the size change from the option column) ❄It is a characteristic that garnet looks different colors depending on the background and light. * Although I try to shoot in colors that are as close as possible to the actual thing, it is a feature of natural stone that the impression changes depending on the light conditions. ************ Garnet: "Symbol of fruit" that brings unchanging love and deep bonds It is a stone that has the power to activate blood circulation and clean it. Garnet is a stone that has the power to activate both body and spirit energy. It raises positive feelings about living and turns negative emotions such as fear and anxiety into bright energy. It is a stone that brings current hardships to results, so it is also recommended as a way to determine the course and to protect important projects. It is a stone that increases energy and is a very good protection for childbirth. This stone has been used as an amulet since ancient times because it has the power to protect its owner from negative energy. This stone is said to bring positive changes as winter turns into spring because it raises the feeling of loving people and a generous heart. Garnet, well-known as the January birthstone, is said to be a “symbol of fruit” and is said to lead to success by achieving the goal and achieving the results of the accumulated efforts. Also, this “fruitful” effect lends a hand to the fulfillment of love. In old lore, garnets are often given as swearings for reunion with important people, and it is sometimes expressed as a deep “bond”. Therefore, it can be said that it is a power stone symbolizing “one-time love” that deepens love with important people. Those who wish for lasting love with loved ones should wear it as an accessory.