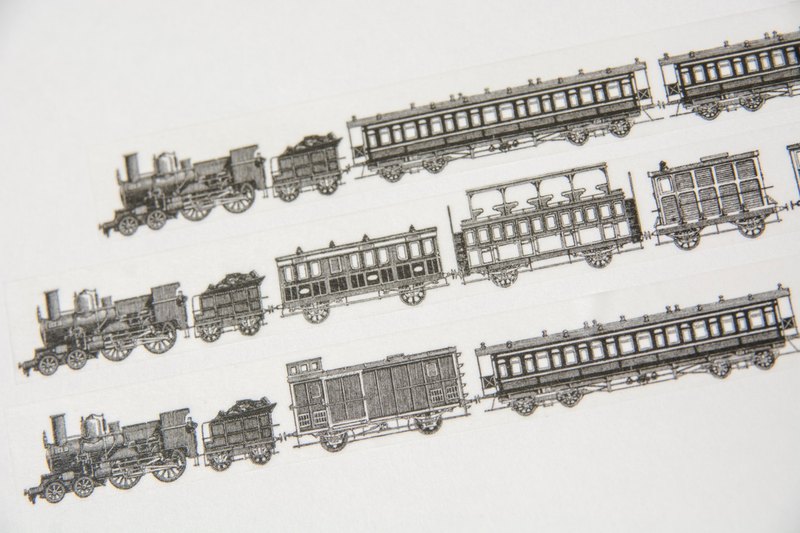 Antique illustration series~Steam Train ~A Story~ Steam Train The invention of steam engine triggered the 18th and the 19th century industrial revolution. After British man Watt improved steam engine in 1769, the whole development of industry was improved greatly. Machine took place traditional manpower and animal-drawn power. The most representative event is the emergence of steam locomotive in 1804.It changed the way of people’s travel, communication and transportation. Till the end of the World War II, steam locomotive was the most common power source. Until the middle of the twentieth century, it was replaced by internal combustion. It also becomes the symbol of the time. *Size：15mm x 10M *Material：Japanese Washi Paper *If you consumed NT$1000 in total, you will get free shopping in Taiwan. *Japan Washi Tape, Taiwan print