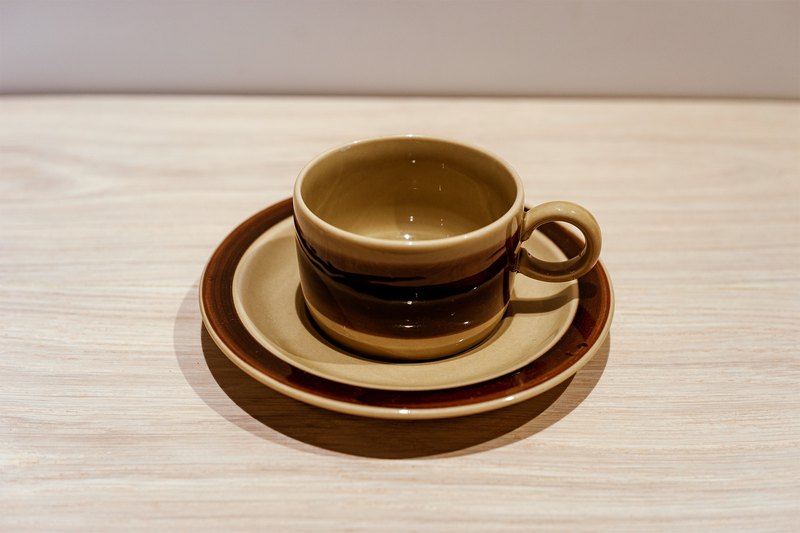 The body and body of the cup are covered with white tea, and the cup and the edge of the cup are painted with a brown color. The bottom edge of the cup is curved and the cup shape is simple and steady but there is no dead feeling. The cup is a rare round design, which brings a little cute. Horst Bentz (son of Melitta Bentz) founded Porzellanfabrik Friesland in 1953, and in 1957 Mellita bought it as a porcelain brand under the company. In 1970, Friesland began to launch the Ceracron series, which has a higher density and hardness than normal! Using a high-temperature firing glaze of 1080 degrees, the color gradation and high saturation become a big feature of the product, and their unique glaze has always been regarded as a trade secret. After 1982, in addition to coffee filter cups, white porcelain and some glassware, no tableware was produced. Origin: Germany Year: 1970s Capacity: 190ml Size: cup 8.5cm, height 5.5cm / coffee plate diameter 16cm Amount: $1300