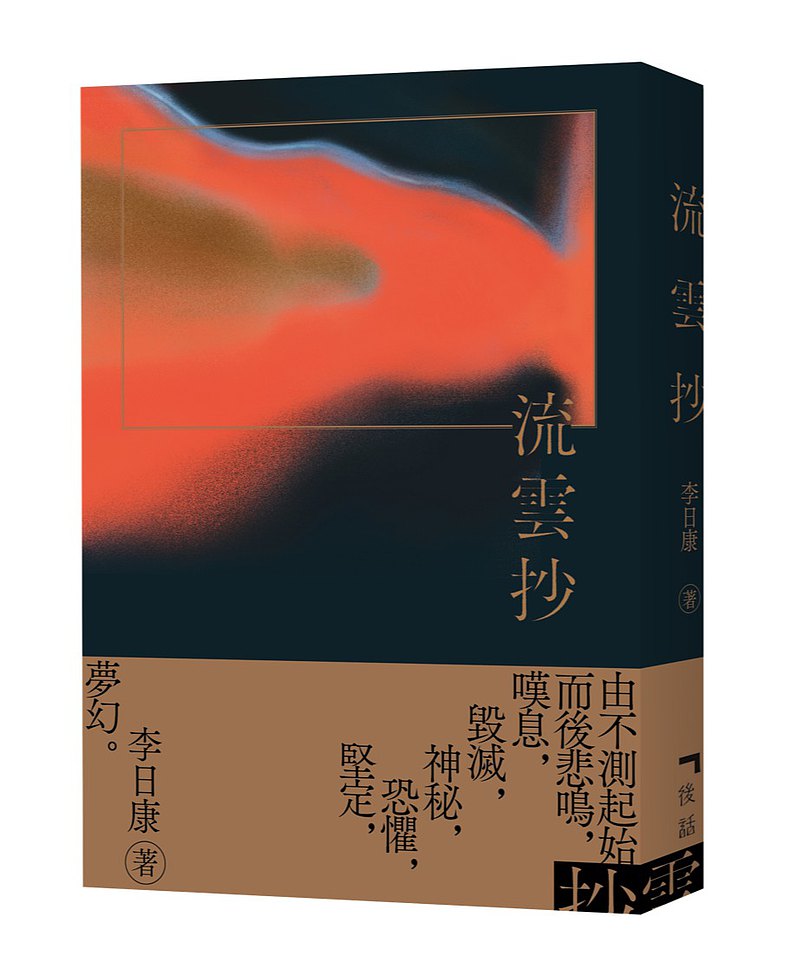 [Hell has no way. Disasters arise from the silence, and life is reborn again and again in self-destruction] "Starting from unexpected, then sigh, sigh, destruction, mystery, fear, determination, dream." "Liuyunzhao" is the first collection of prose by young writer Li Rikang, containing 20 recent prose works. The title of this book is "Unexpected", but the focus is not on violent natural and man-made disasters, but on the scene of the gradual collapse in daily experience. He stretched and enlarged the "single moment" and reorganized it into an infinite chain of fate. Therefore, there were the sutra keepers in "Nara Electric Fantasy", who spent their entire lives in the long years, guarding the fragile sutras; "Xue Bai" The innocent dogs in "Ruying" were repeatedly sold, and the young mother’s trust in humans gradually collapsed. Another example of "Sketch in front of Heian Shrine", the author watched in the popular festival, but was left one by one in the huge flow of history. Falling victim. Studying in Japan has brought not only a cultural shock to Li Rikang, but also the threat of natural disasters: earthquakes, rains, and heat waves have come again and again, and being in a disaster-ridden cloudy island makes people have to look at impermanence. However, his foreign experience all overlapped with the scarred Hong Kong, merged with local memories and transformed. The vast world of earth carries passengers who have nowhere to stay. At this moment, it is the northern library of the island country, and it can also be a desperate minibus. Different from the general travel prose, the author's vision is not limited to the region, but regards life as a broad travel. During the long journey, he has been to a real different place; he has been to the hometown of the Muay Thai coach, the country of iron in the fitness room; he heard the echo of the war from the other side of history, dormant in daily things, and will eventually be passed on to the future Ears. "I can't get rid of the doorless hell, so I can only open myself and let things turn around. This is not a full stop, but we have to take this to settle down for the time being." ◎Recommendation "Farewell to the old tradition, calling for new sensibility"──Fan Shanbiao (Hong Kong essayist, university professor) "The so-called "floating over" objects here are governed by the dual time axis, overlapping the two horizons of current examination and pursuit of the past. They only appear plainly after the reappearance of the words and the government temporarily stop the violence of time. The experience that should have been irreversible in reality has been given the opportunity to loosen and extend due to the intervention and mediation of the literal and material nature, and it has become a Proust-style rescue proposal." ──Tai Linsen (Taiwan poet and prose author) "The outside world scoured his vision, Kyoto, Beijing, Thailand; the inside world was overwhelmed with doubts, lust, weakness, and Li Rikang took the flesh as his imagination, lightly and firmly adjusted his posture. The lightness of the back must be an arduous training process. , With the calm style he has cultivated hard, from a Hong Kong-based perspective, he accurately incorporates the flowing clouds of emotions and objects." ──Mu Yu (Young Hong Kong author) ◎Profile of the author Li Rikang, a young Hong Kong writer, Ph.D. in Chinese Language and Literature, Baptist University, editor of the literary magazine "Zi Hua", good at prose, novels and reviews, won the University Literature Award, the Cross-Strait Short Fiction Competition, and the Chinese Literature Creation Award. He has focused on teaching creative writing for many years, participated in the "Pen Possibility" creative writing project of the Hung-Yi Ho Family Foundation, and served as a creative writing instructor in many secondary schools. He is currently a lecturer in the Department of Humanities and Creation at Hong Kong Baptist University. Works can be found in "Ming Pao", "Sample Sample", "Sound and Quadrant: Selected Novels in the Decade of Chinese Characters" etc. ◎Publishing information "Flowing Cloud Copy" Author: Lee Kang Photography: Wu Zhiliu Binding design: Li Jiamin Publishing: Afterwords Writing Workshop Price: HK$128/NT$510 Hong Kong issue: Fanhua Distribution Agency Co., Ltd. Taiwan Issue: Red Ant Books Co., Ltd.