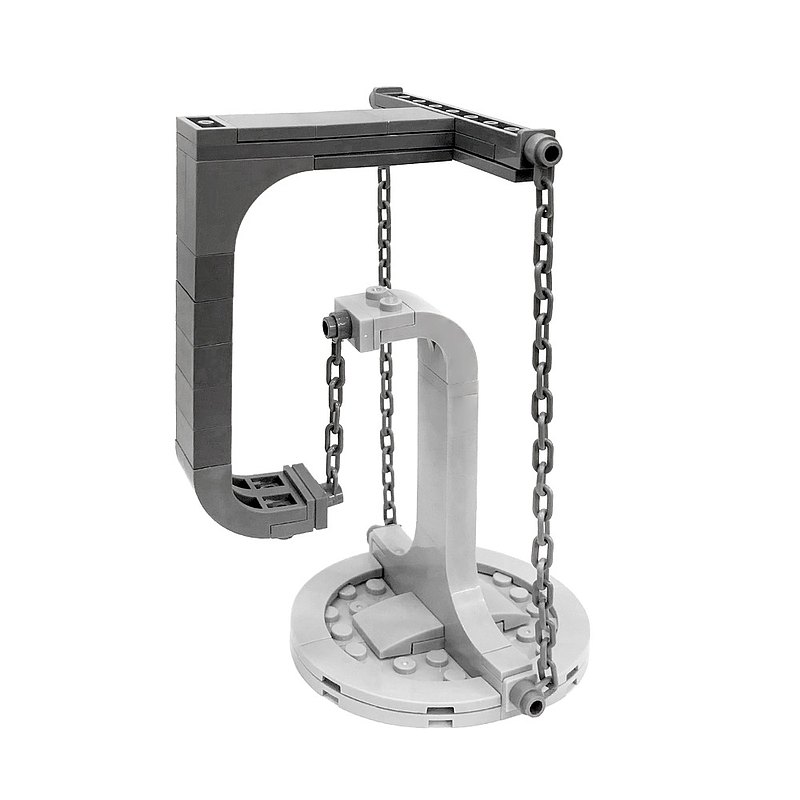 Does not rely on any magnetic force or foreign objects to support, How does the magical floating building block appear? The principle of relying solely on torque is the "Tensegrity Sculpture" in physics! "Tensioned whole" is a structural principle based on the application of compression inside a continuous tension network After assembly, it can be used as a suspended platform to display small objects with light weight. https://cdn.cybassets.com/s/files/5993/ckeditor/pictures/content_9accf258-4a84-4a37-9ca6-0487c868e4f6.jpg https://cdn.cybassets.com/s/files/5993/ckeditor/pictures/content_0792b80c-cdf7-4b79-953d-63bfc29de40a.jpg Tensing the whole "Tensegrity" It is a combination of "Tension" (tension, tension) and "Integrity" (co-construction, whole), Literally translated in Chinese as "tensile co-construction" or "tensile whole", it is a structural principle based on the application of pressure construction within a continuous tension network. Among them, the pressure-receiving members are not in contact, and the pre-tensioned members constitute the spatial shape. The term "tensioned whole" was coined by Buckminster Fuller in the 1960s and is mainly used to describe "a structural system composed of rigid components such as ropes and cables, which has tension and tension." In other words, the tensile integrity of the structural system is one of its major characteristics. The entire system is composed of tensile ropes and rigid components, which form a certain resistance and stability under a certain stress. Each component of the structure is an integral and indivisible part, just like the interaction between human muscles and bones, and the two complement each other. According to Fuller, this system is formed by opposing forces. It "forms a solid structure with a natural institutional basis, using the fewest elements." concept/ The overall tension can be designed by a combination of the following design criteria: The stressed member is only subjected to axial force (pure tension, compression), that is, the structure fails only after the compression rod buckles or the tension cable yields. The prestress (tension) increases the stiffness of the cable member. Structural stability: In the case of increased structural stress, the component can maintain its original compression and tension state. Based on the above design criteria, structural members will not be bent. This high efficiency of force makes the structure extremely rigid relative to its mass and component cross-sectional area. The simplest overall structure of tension. Each of the three compressed rods is symmetrical to the remaining two rods, and the individual rods are symmetrical about the end to end. The end points of each rod are connected by 3 cables. The cables provide axial pressure for the compressed rod and "define" the position of the rod end points, just like the three cables at the lower end of the tower column in Skylon. The effect is the same. Eleanor Hartley proposed that visual transparency is an important aesthetic feature of this type of structure. The overall structure concept of tension is extended to adaptive buildings, mainly using its light weight characteristics. (Source Wikipedia) Specifications: ● Finished size: about 13.5*7.2*7.2cm ● Number of parts: 56 pcs ● Material: Plastic ● Place of Origin: China Precautions 1. Suitable age: over 8 years old 2. Contains small parts, please do not swallow