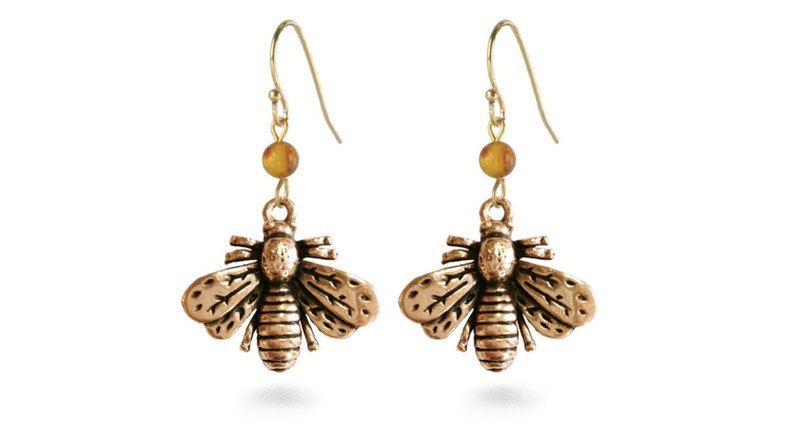 After Napoleon Bonaparte (France, 1769-1821) took over the Tuileries Garden next to the Louvre, he wanted to remove the original Fleur De Lis logo and re-decorate it, but he did not want to spend any money. The original logo was turned upside down and unexpectedly became the design of a bee. From then on, the bee became the new emblem of Napoleon's monarchy. Material | Gold-plated tin, amber beads Size | Length 2.5 cm Origin | United States "Museum Reproductions, Inc." The main design and production of jewelry from museums around the world are licensed and authorized. The jewelry produced is from the collections of museums or creations based on authorization. For 35 years, it has become the main supplier of jewelry for major museums. The partners are the British Museum in London, the Metropolitan Museum in New York, the Orsay Museum of Art in France, and Philadelphia in the United States. The Art Museum, the Van Gogh Museum of the Netherlands... and other major museums in the world.