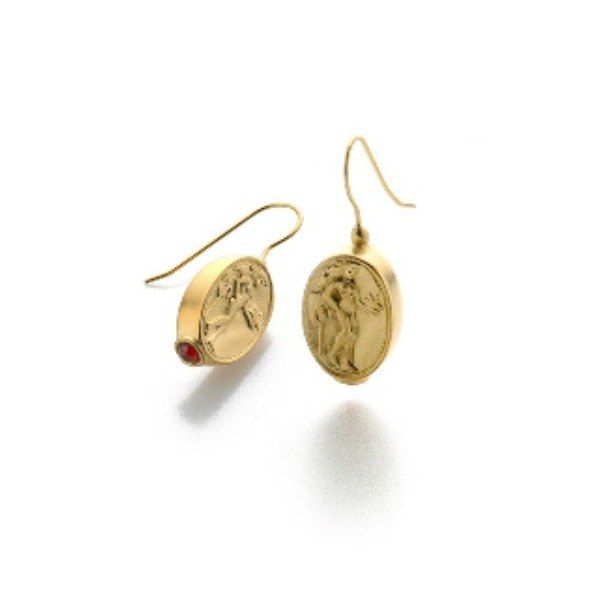 The Greek goddess of beauty, Aphrodite (Aphrodite) is more familiar with her nickname "Venus Goddess" when she was in the Roman Empire. She is the most beautiful of all goddesses. This coin depicts Aphrodite, the Greek god of love and beauty, holding a discordant golden apple. This award was awarded to the most beautiful goddess Olympia in the trial of Prince Paris of Troy. The verdict is believed to have inspired the Trojan War. Material | Pewter gold-plated, deep ruby Size | Oval shape with a length of 1.6 cm and a width of 1.1 cm Origin | United States "Museum Reproductions, Inc." The main design and production of jewelry from museums around the world are licensed and authorized. The jewelry produced is from the collections of museums or creations based on authorization. For 35 years, it has become the main supplier of jewelry for major museums. Cooperating with the British Museum in London, the Metropolitan Museum in New York, the Musée d’Orsay in France, and Philadelphia in the United States The Art Museum, the Van Gogh Museum of the Netherlands... and other major museums in the world.