วัสดุสินค้า
ไม้
วิธีการผลิตสินค้า
ผลิตโดยโรงงาน
แหล่งผลิตสินค้า
ไต้หวัน
จุดเด่นของสินค้า
จำหน่ายเฉพาะบน Pinkoi
จำนวนในสต๊อก
เหลือเพียง 3 ชิ้น
ความนิยม
รายละเอียดย่อยของสินค้า
The history of flight includes countless tales of heroic achievement, selfless courage and personal sacrifice. But, incredibly, it is not a long history. Though many have tried and failed, German inventor Otto Lilienthal deserves the honour of being first to fly, constructing a procession of gliders and making thousands of flights during the 1890’s until his 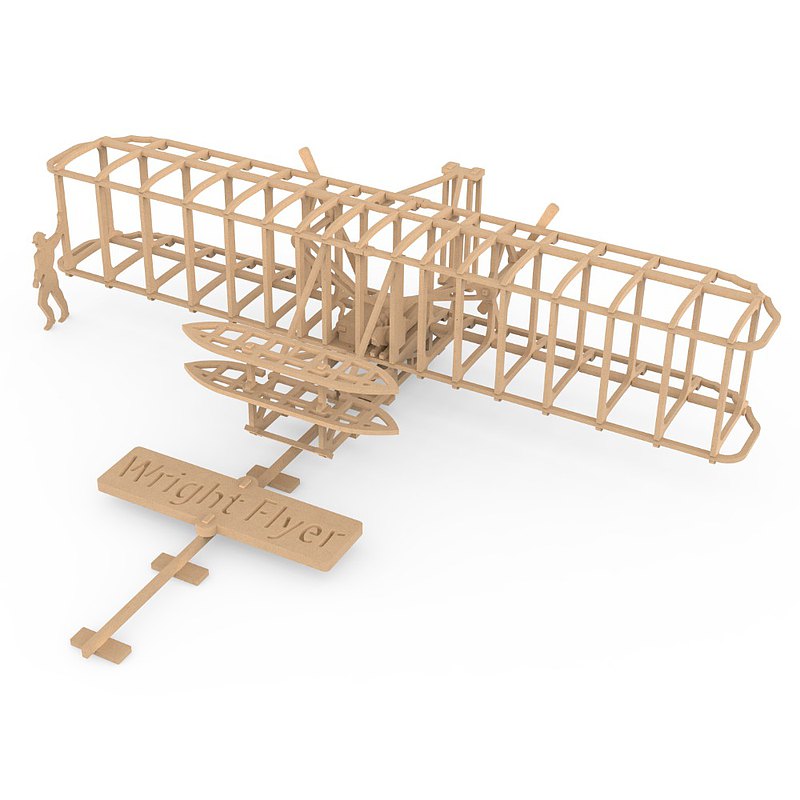 Known primarily as Manfred von Richthofen’s fighter of choice, the Fokker Dr.I of 1917 was ordered as a replacement for the poorly performing Albatross D.III fighter. After viewing a captured British Sopwith Triplane, Fokker was directed to build a similar triplane. The resulting two prototypes and later pre-production models were deemed superior to the Sopwith Triplane by Richthofen himself after he scored two kills in two days. Shortly after, Ace Werner Voss added 8 kills to his tally flying one of the two pre-production planes. This resulted in an order for 300 Dr.I’s. The diminutive three wing fighter featured a fuselage, tailplane and rudder made of welded steel tubing, while the wings were built around light weight hollow box spars. Armament consisted of two 8mm Spandau machine guns synchronised with the propellor. Although the Dr.I was highly manoeuvrable and had an excellent rate of climb, it was slow compared to its adversaries and some examples were plagued by catastrophic wing failures causing the aircraft to break up under stress. Due to these shortcomings the Dr.I was replaced by the Fokker D.III.