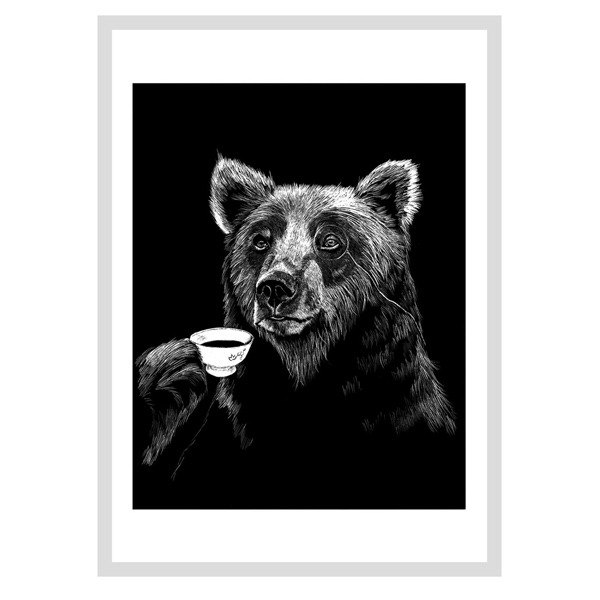 Jimbobart's designer, James Ward, is known for his anthropomorphic cute animal illustrations. His studios and storefronts are located on Cheshire Street in London. With a sense of everyday little things, combined with the little animals that are full of childlikeness, they have designed a series of ceramic works and illustrations that are both smiley and thought-provoking. Jimbobart's artistic creations are not only displayed in James Ward's London store, but also in the UK and around the world, including the London Southbank Centre Shop and the Franck Winery in Paris, France. As a well-known illustrator and a British independent designer, James Ward has attracted a lot of attention from the media, including the Guardian, Sunday Times, The Telegraph and Country Living, as well as numerous design magazines. Designer: James Ward Size: A4 (29x21cm) Origin / manufacturing methods: United Kingdom