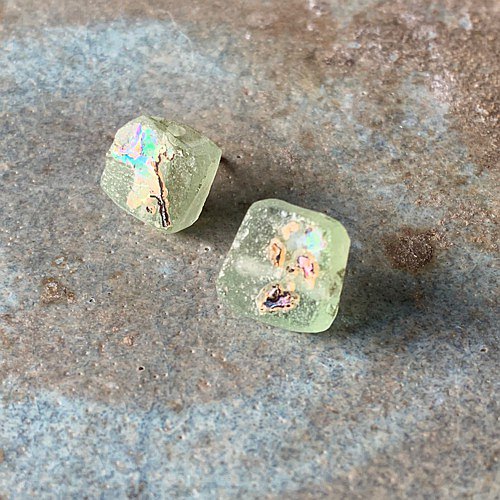 Earrings made from Roman glass beads, especially those with beautiful silver. 14kgf is used for the metal fittings. Roman glass is a general term for glass products manufactured and distributed in the Roman Empire during the 400 years from 27 BC to 395 BC (about 2000 to 1600 years ago). The glittering part of the surface is a phenomenon called "silverization", in which the glass component is chemically changed from the iron, copper, and magnesium components contained in the surrounding soil.