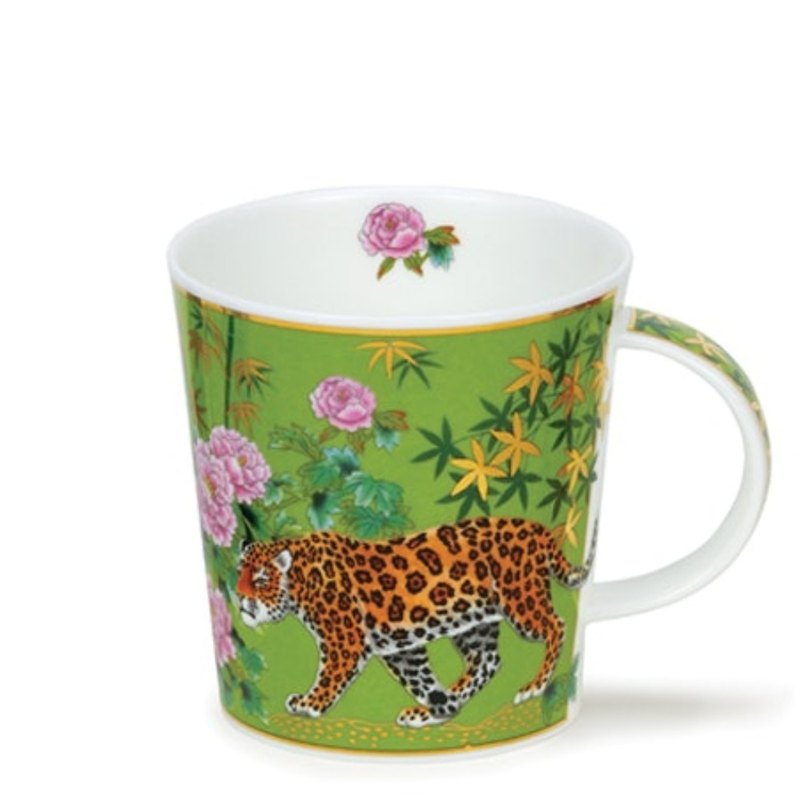 Elegant and distinguished leopard, strolling between pink peony and bamboo, gorgeous oriental aesthetics and retro beauty, with a delicate 22K gold, people can't help but buy a collection. **Designer David Broadhurst David Broadhurst** He used to be a craftsman in the Wedgwood engraving department, then switched to the field of design and illustration, and became a freelance artist in 1992. David is deeply influenced by classical art and design (eg Greece, Rome) and has received many commissioned designs for special commemorative works, such as the British Queen's 60th Anniversary Commemorative Cup.