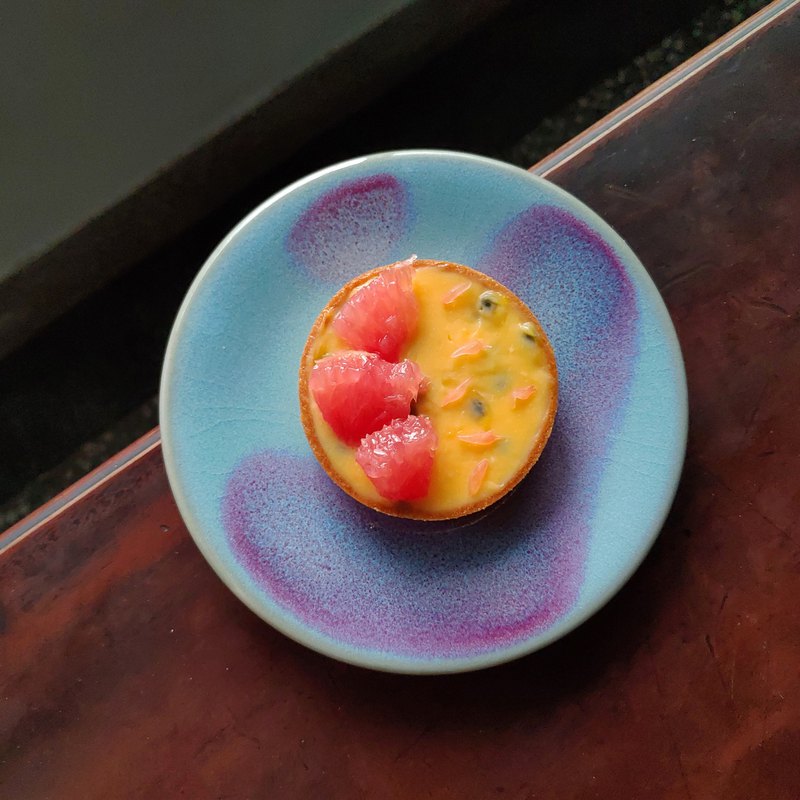 Hsu Can Bake's signature drunken little tower. **Brandy Passion Fruit Tower** The boiled sour passion fruit curd, its taste complements the apple cider brandy, and adds some seasonal grapefruit, which is more full and full. **Whiskey Blueberry Deep Chocolate Tower** Hold a bottle of whiskey dipped in blueberries, Drowning the blueberries over the top of the head, soaking up the drunk, Until the wine is also faintly bright. The blueberries that are drained should be in deep chocolate. Is added Blueberry soul infused whiskey Dark chocolate, Heavy and thick, alcohol. **Plum wine matcha tower** Put the bitterness of the matcha matcha on the clearing of the plum wine, and bring it to the tip of the tongue with a touch of drunkenness. ⚫醺小小塔6 into the gift box contents: brandy passion fruit tower X2, whiskey blueberry deep chocolate tower X2, plum wine matcha tower X2, small tower diameter seven centimeters ⚫11/15 shipment Ingredients: French T55 flour, French Elle & Vire whipped cream and fermented cream, German Lubeca chocolate, resume egg, California almond powder, Mori half matcha powder, Japanese white sugar, gelatin, apple daisy, Yushan brandy, Grant's whiskey, Choya sakura plum wine, seasonal fruit. ⚫ Preservation and consumption: frozen for two days after receipt. After taking out from the frozen, let it ice for 5 to 10 minutes at room temperature (depending on the temperature and personal preference). ⚫Notes >The fourth picture shows the boxing diagram. The tastes are based on the above three (the first three photos). >The dessert is sent by means of freezing. When the temperature is back, the surface of the tower is prone to moisture, which is normal. In addition, the surface of the frozen surface is prone to cracks. > A lot of measures have been taken to ensure the safety of the parcels. The test will also arrive at the destination smoothly and safely. However, there is still a risk in the home delivery. Please accept the reorder and not compensate if there is damage.