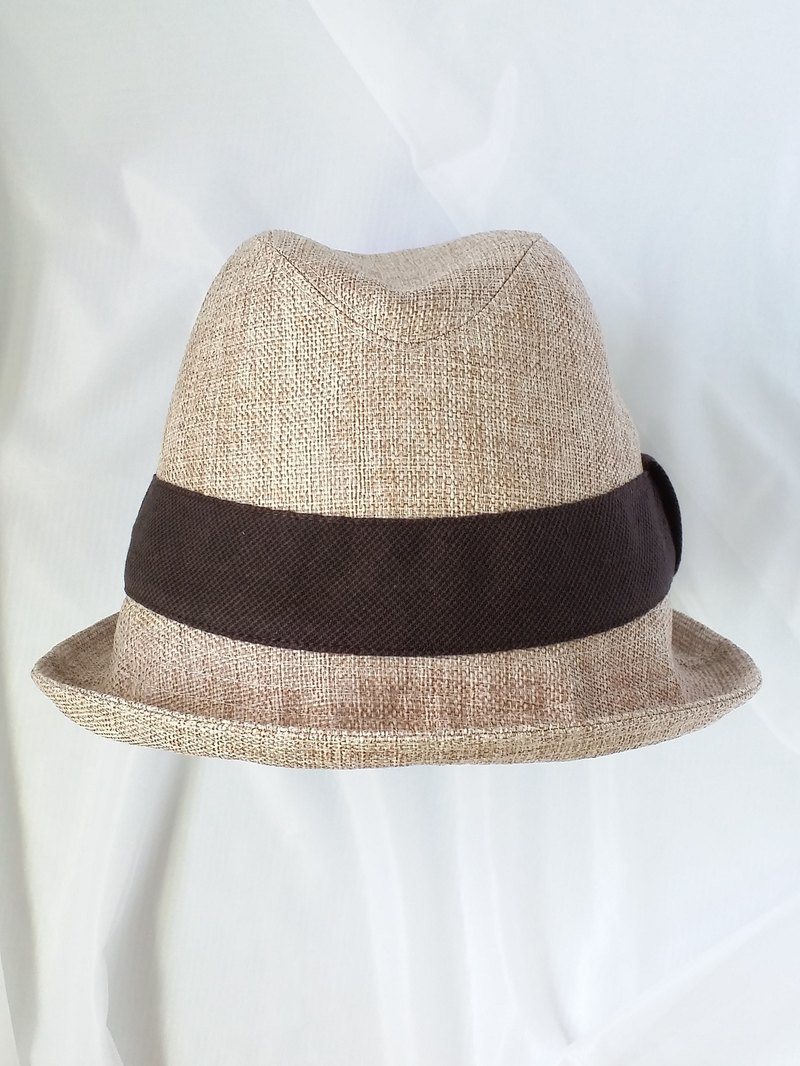 Spring and summer gentleman hat, new listing!!! Gentleman Hat (Fedora Hat) It is said that from the end of the nineteenth century, the United States made a dramatic performance and became a trend; the participants of the feminist movement wore this style of hat as a recognition; until the early 20th century, a British Prince Edward put on Hats of this style attended public occasions. Since then, men have also become popular. In the mid-20th century, Hollywood movies became popular. Many gangsters in the play also liked to use this type of hat as a strengthening force. Characterization; today is a lot of celebrities to strengthen the neutral style wear Size: 54~60cm (all can be worn) Material and design: (Table cloth) Cotton and linen fiber blended fabric, texture and breathable, not easy to wrinkle; (cloth) 100% cotton cloth, soft and sweat-absorbent breathable and comfortable; (belt) Japan imported 100% cotton first dyed ribbon Cap style is handsome and can be worn by both men and women; wide hat is about 6cm, hats have multiple loop pressure lines, stiff and hard to deform, can be shaded; attention to details of the sewing and hand sewing, smooth lines, stitches dense, seams perfect Measuring head circumference: With a tape measure along the eyebrow 1cm, followed by a circle around the ear, which is the correct head circumference Wash 叮咛: Hand wash, neutral detergent, ironing directly when ironing, do not use steam When folded, fold along the top of the head and carry it along the brim. Origin / manufacturing methods Handmade in Taiwan