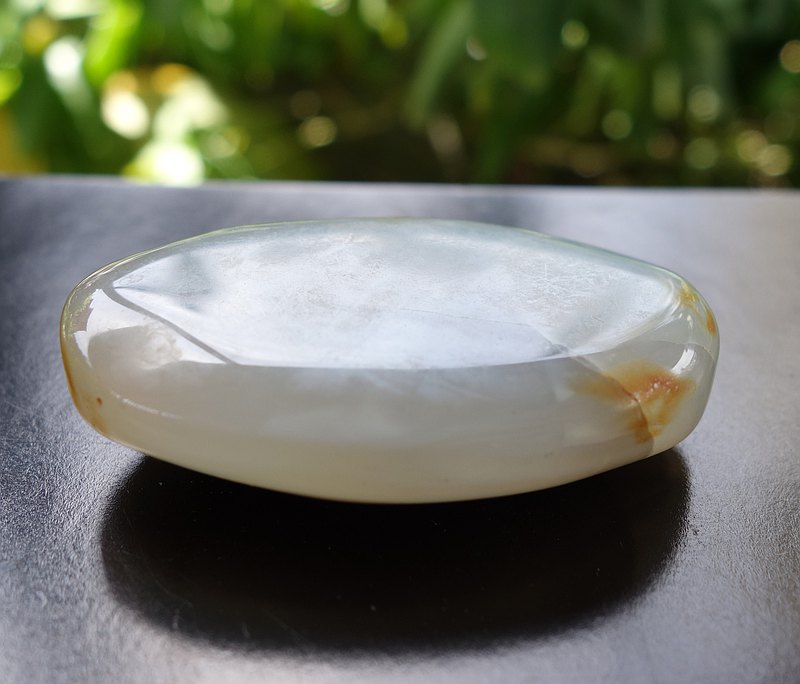 introduce: This piece is a symbiosis of natural agate and chalcedony, which is very precious! Agate Stone is a chalcedony with a band structure, and its functions are as follows: 1. Agate Stone is not only a decorative object, long-term wearing agate also has a certain health care effect. 2. Agate is one of the seven treasures in Eastern Buddhism. It has been used as amulets and evil spirits since ancient times. Therefore, wearing agate can eliminate negative energy such as turbidity and fatigue. 3. Put the agate Stone under the pillow to have a good sleep. 4. It is recommended to use Bronze or Silver inlaid around this piece as a pendant to wear, which can enhance the affinity.