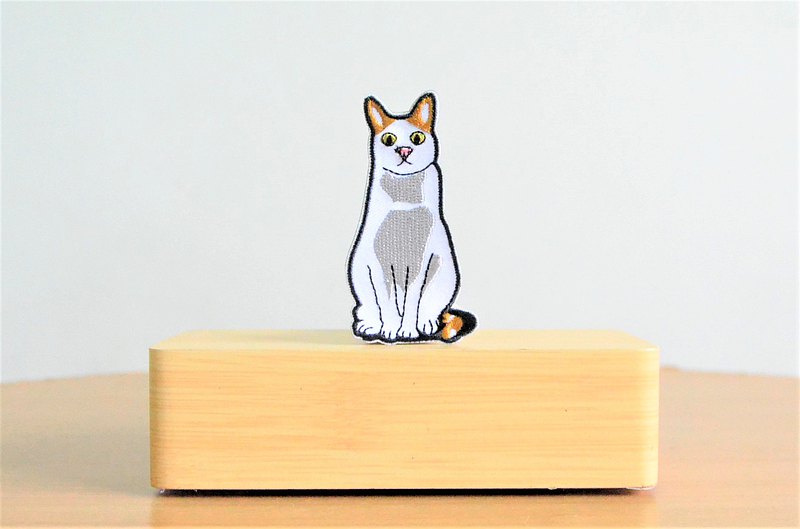 A calico cat is a domestic cat of any breed with a tri-color coat. The calico cat is most commonly thought of as being typically 25% to 75% white with large orange and black patches (or sometimes cream and grey patches); however, the calico cat can have any three colors in its pattern. They are almost exclusively female except under rare genetic conditions. Calico is not to be confused with a tortoiseshell, which has a mostly mottled coat of black/orange or grey/cream with relatively few to no white markings. However, outside North America, the calico pattern is more usually called tortoiseshell and white[citation needed]. In the province of Quebec, Canada, they are sometimes called chatte d'Espagne (French for '(female) cat of Spain'). Other names include brindle, tricolor cat, mikeneko (三毛猫) (Japanese for 'triple fur cat'), and lapjeskat (Dutch for 'patches cat'); calicoes with diluted coloration have been called calimanco or clouded tiger. Occasionally, the tri-color calico coloration is combined with a tabby patterning; this calico-patched tabby is called a Caliby.