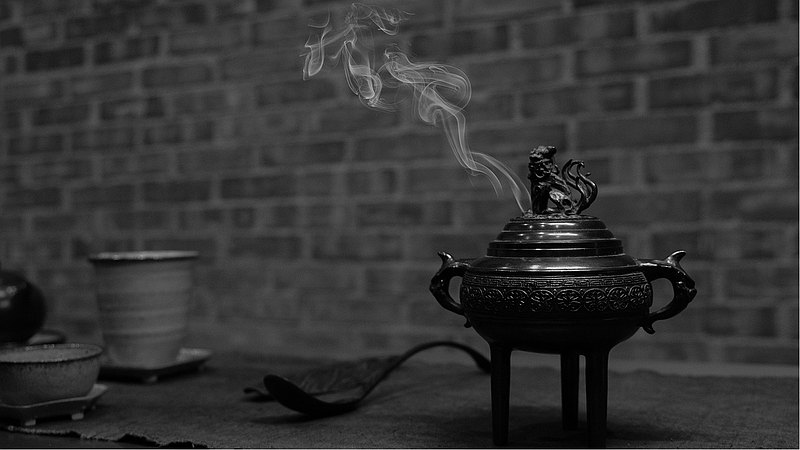 Compared with Chinese incense burners, the style of Japanese incense burners is very different in appearance, shape, pattern and temperament. It is true that the use of incense in Japan originated from China, but the birth and development of incense in Japan actually originated from the cultural exchanges between China and Japan. In mutual learning, they gradually combined the local customs and customs, and then inherited the charm of Japan itself. The dog (こまいぬ) is a kind of non-real world animal. It is a "messenger" of the guardian deity in Japanese mythology. It looks like a lion or a dog. At the entrances of shrines and temples or in front of the main hall, there will be two Browsing Dog statues on the left and right. Usually the two will only face each other. The brow dog first appeared in the imperial palace as a mascot in the palace. With the popularization of Buddhism, it gradually appeared among the people and then evolved into an auspicious beast that guards the shrine. Although the brow dog is the guardian animal of the shrine, not all shrines use the brow dog as the animal guarding the shrine. Shrines of different attributes may guard different animals. For example, Inari Shrine uses foxes, Kasuga Shrine uses deer, and certain shrines also use dogs (dogs, not dogs) as guard animals. But in general, shrines still use brow dogs as auspicious beasts, so many works in Japan use this as a source of inspiration.