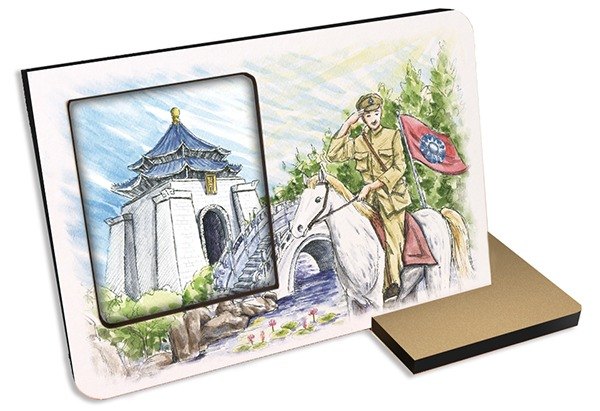 The Chiang Kai-shek Memorial Hall was built to commemorate the establishment of the former President Jiang Zhongzheng. It was completed on March 31, 1980. Its architecture is dominated by blue and white, symbolizing the blue sky and white day of the national flag. The square structure of the memorial hall symbolizes "Zhongzheng" and follows the example. The glazed octagonal spires of the Temple of Heaven in Beijing and the Zhongshan Memorial Hall in Guangzhou represent Bade. Every year, Chinese and foreign people have a large number of visitors, and they can see the history of the Republic of China for decades. Speaking of the Zhongzheng recording card, in addition to the illustrations of modern architecture and historical figures, it provides a permanent and special souvenir for visitors to this tour, recording the sounds that they have seen and moved, keeping them as commemorative or sending them to relatives and friends. A gift. **Attached frame. Kraft envelope box. Let the wings of the wing send you full blessings**