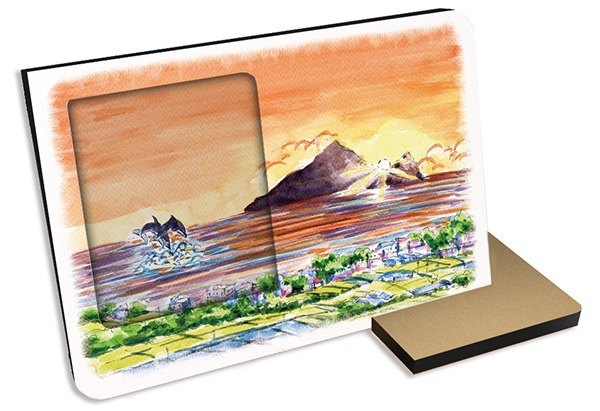 "Guishan Island, also known as Guishan Island, was originally named Yandouyu; the name of the international chart is Wushiyu, and it is often called Guidao or Guiyu by the people of Toucheng. It is named after it looks like a floating turtle. The administrative region belongs to In Guishanli, Toucheng Town, Yilan County. Before 1977, Guishan Island had always been inhabited by people. Later, for military needs, the National Government forced the residents to move to the main island of Taiwan and established Renze New Village in Daxi to settle the relocated islanders. After 1977, no one has settled on the island until now, and now the island is managed by officers and soldiers of the Toucheng Brigade (The First and Second Coastal Patrol Brigade) of the Coast Guard. Since 2000, due to the government's promotion of tourism, Guishan Island, which has been demilitarized, has undergone a sailing trip experience, and the number of people on the island has been controlled by lottery. For general tourist groups to apply for entry to Guishan Island, they must submit an application to the Northeast Scenic Area Management Office of the Tourism Bureau of the Ministry of Communications 3 to 20 days before the scheduled landing date.